Wonderforce is a race of creature shared between the Light, Water, Fire, and Nature civilizations.

Each card with this race is paired with another race. These are races introduced in the DMRP blocks of sets.

They were initially featured on colorless cards paired with Jokers, but this also expanded to the Water, Fire, and Nature civilizations.

These cards all have an ability that can Gacharange Summon, or are Gacharange Creatures.

Gacharange Creatures of the Master Card rarity with this race all have a Super Heaven Fever ability. 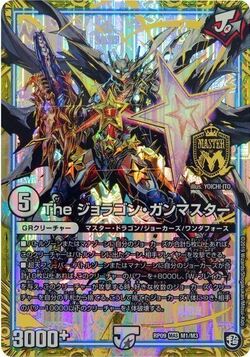