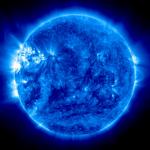 Wiki Manager Councilor
14 Edits since joining this wiki
May 17, 2019

After the recent deletion of high quality card scan pics. i saw in your 2019 guide to editig this wiki. In which you have stated that only card pictures from official takara tommy will be allowed. Does that mean no one in this community will be able to see actual representations of the cards.

Every single one of those recent scans that you uploaded were a lower quality in both file size and resolution than the official ones from the cardlist that they already had. The official ones are cropped perfectly, aren't at a weird rotation, don't have glare for holographic cards, and as already mentioned, at a nicer quality in terms of resolution.

Original images used were from gathe.jp while that was a thing, as it was the best option available with proper size images. Many years later I was able to remove those images (they had bad blue corners on every card due to how they scanned them) and replace them with the images from ka-nabell.com. But theres still various issues (angles or colors). Now theres officialimages that are given on Corocoro.jp when they preview or the card page when the set is out, so that's what we are using from now on.

I would have swapped everything over to it already, but any year of promos not Y18 is terrible. And most other sets are fine with ka-nabell.
— Yami Michael 02:09, October 12, 2019 (UTC)

Thanx for explanation. but if that is the case then no one in the community will get to see or improve actual card represtations. There are other sites that may have better pics which mught be up to or better then (NOT ACTUAL CARD REPRESETATIONS A.K.A DIGITAL PICS). Offcourse digital will always looks best i agree, but they are not how the actual cards looks like.

Well i won't bother trying my best to find better card scans because they are no longer acceptable by the admin. but i think the community should be given a poll with examples of both types of pictures on this matter and let them decide on which pictures should be shown on the wiki.
Would like to know your opinion on this discussion/matter.
-Saad safa 21:16, October 12, 2019 (UTC)

Sorry, but I haven't personally had anything to do with uploading card-scans to the wiki. This is the first time I have heard anything about that process and I have nothing to do with this wiki's editing guidelines (that's up to the local administrators). However, it looks like Yami Michael has already offered an in-depth explanation for the reasoning behind using those particular images. If it's just my opinion you want, then I would say as a rule, it is usually best to go with the higher-quality image. By the sound of it, Yami Michael is saying that the existing images are higher quality, so I'm not sure I understand why anyone would want to replace existing images with those of lower-quality.
- Sitb (Message wall / Talk page) 13:03, October 13, 2019 (UTC)

Retrieved from "https://duelmasters.fandom.com/wiki/User_talk:Sitb?oldid=362901"
Community content is available under CC-BY-SA unless otherwise noted.