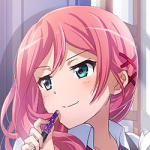 Hi, welcome to Duel Masters Wiki! Thanks for your edit to the Talk:DM-37 Dark Emperor page.

Sure, but they were done so badly, do they really count? /sarcasm.

Hi, would you mind if I would add cards to your "Strictly better"-list? Just in case I discover some. Here's a beginning:

Just wanted to point out that yeah, that is it's original translation, thanks. The one that was there before was probably something Google Translated. Sorry, I just kind of took offense to that.

Yes, the "O" with the line can be written as "Oh." It's just another way to write the much more literal "Oo" that is stated on the card. It's like writing Alcadeias rather than Alkadeias; like using a C instead of a K. I'm just not one to follow traditional translating conventions.

Although the kanji in the name are Chio no Sato, which means "Earth Man's Village," the name isn't literally "Earth Man's Village." (Note: "Villager" isn't there) The kana over "Chio" are read as "Geo (Jio)," establishing the archetype. Therefore, it's "Geo no Sato," which is "Geo Hamlet/Village" in English. Yes, village, a place noun, is being used as a name, but that's normal in Duel Masters. So nah, villager isn't there.☆ Brandnewkid 20:43, September 24, 2011 (UTC)

Thanks for the affirmation, but you should really sign your comments. BlitzerRyuusei 20:28, September 24, 2011 (UTC)

http://dm.ka-nabell.com/ you can use this to get quality image ^.^, just copy kanji word and paste to search box

Can Mono Civilization Deck be called a Slash Deck? Like i explained earlier A slash deck with 40 cards and only 3 copy of each card. And also Officially it should use the rules of Hall of Fame as well. if any of those cards have been used in the deck. This deck is basically for the beginners so that they will learn to adapt the new OCG rules.

The Slash deck intruduction and rules i found out from someone who play this game a lot and it was there on one Duel Masters Official Websites as well. It is a related to anime as well, that aside.

The question comes in is does this Hall of Fame or the new OCG rules apply to Mono-Cvilization Deck like you mentioned in your page. If yes it should be called Slash deck if not then it is OK as it is.

Well, if the concept of a Slash Deck is not necessarily an anime concept, I suppose you can make a page for it. However, while all Slash Decks may be mono-civilization, not all mono-civ decks are Slash Decks. BlitzerRyuusei 21:49, October 30, 2011 (UTC)

Um i am sorry to say this but i guess you did not understand the question. Ok first this i just wanted to may be just add the concept of Slash Deck into User:BlitzerRyuusei/A treatise for TCO duelists as a paragrapgh only.

Second does OCG rules apply to all the decks in Mono-Civilization Deck.

Last is the rules of Mono-civlization any different then the rules of Slash deck like i explained above. If they are the same then no point in paking a page or the paragraph but if they are different then only i think we should make it. I am asking you only this because you have the besst knowledge in different kinds of decks. Thanks Saad safa 23:02, October 30, 2011 (UTC)

Yes, literally, the Rainbow Spells follow an "X & Y no Z" naming scheme, but I'm pretty sure that at this point you understand that they don't always make sense in English when translated literally this way. This is also the reason Ryoma never consistently did it that way, and the reason I didn't follow it either. I'll cut to the chase: I'm going to redo your changes.

Hey what will be deck type of Dragon deck? ((Subhrangshu2))

It depends on the cards. Types of decks running stuff like Dorvolan, the Battle Attacking Dragon Rider, Ghoul Ginus, the All-Destroying Fear Lord , and Spell Del Fin, Light Divine Dragon are control. The type of Dragon deck more often seen on TCO, though, is assault. Not particularly good assault, though. BlitzerRyuusei 06:06, November 5, 2011 (UTC)

Some helpful information for Cast and direcotrs for victory season are here:

I am now a days playing Duel Masters 2 Invincible Advance and kirifuda version as well as Duel Masters 3. The cards that you have mentioned i could get the picture for those cards but i need there Japanese text. Since the games are in Japanese i can match the text and those cards images for you and may be we could make the pages for these cards then. Saad safa 22:21, April 1, 2012 (UTC)

Yep i saw the original page from where the names are available in Japanese i know which cards i need now to upload there pics but in the game they are still locked. I still need to get them but thanx for the tip. Saad safa 06:58, May 6, 2012 (UTC)

Wow i just saw your hall of fame timeline page. It is realy great i knew that there was the restricted cards list in 2004. I saw it on the wizards page duel masters community somewhere long ago but did not knew about the rest of the years other then the recent ones offcourse. Why not make an actual page of it and put the link of the page to the original hall of fame page. It will be a great page to view the whole timeline for comparison purposes and to keep a record of it as well. Saad safa 06:56, May 6, 2012 (UTC)

Its been a while since we've like chatted at all, and I get to the jerk thing and ask for something I've been having issues with.

For a while now, Ive wanted the whole "hide/show" toggle for card sets, as well as the larger effect areas and headers (like you've managed to design on the wixoss wiki).

While I had a few edits to the card table that gave me that for the effect section....it absolutely hated vanilla cards, so it was all reverted.

I'm not entirely certain how it works, either; the show/hide box was added by another user who helps me out on the wiki. I can still try to help though. I might do some experiments with Template:Cardtable later. For now, one suggestion: have you tried {{#if: {{{effect<includeonly>|</includeonly>}}} with the effect boxes? If you did, did it not work? BlitzerRyuusei (talk) 00:22, February 6, 2015 (UTC)

Retrieved from "https://duelmasters.fandom.com/wiki/User_talk:Romanoff_Blitzer?oldid=206118"
Community content is available under CC-BY-SA unless otherwise noted.