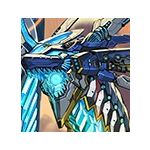 aka GRAN-X/X THE HOPLESS DRAGONLORD

I thought I would reach out to you, since you are one of the content moderators here. I have recently been appointed as the Fandom Wiki Manager for this wiki. I am here to assist this community in an official capacity and act as a liaison between you, and full-time Fandom staff. If you, or any other users of this wiki ever have an issue or question related to the wiki (editing, templates, wiki design, or any other matters), please feel free to contact me on my talk page, and I will assist in any way I can.
-Sitb (talk) 10:33, May 17, 2019 (UTC)

I kind of got stuck in translating the episodes from Japanese to English and the name of the characters itself, so please help me. From the latest episode, it might foreshadow events in the creature world that will affect the human world. Decky mentions that dragons are extinct in his world, which matches the background story. I wonder how Joe's drawing of a dragon he kept since young when Katta was still around plays a role in the later story. Perhaps the dragon drawing will become a Master Rare card under the Jokers Civilization in the final booster set. This also makes me wonder how Katta plays a role in this saga, considering that he was currently in the creature world with his partner Katsudon, though Katsudon was considered an Outrage dragon. Vanessachow.jiaying (talk) 14:51, April 16, 2017 (UTC)

Seeing the events in the episode made me worry even more. If Kira's mother is one of the unknown Fua Duelists, as 1 indicate that her armor is in a model of Xandu, I felt that things will get more serious in the second half of the anime. The first episodes is already apparent that thigs got bad in the beginning. Though I predicted that Shobu and Katta will interfere but in different scenarios. Shobu might likely learn the truth behind the Fua Duelists and more events that occured more than 20 years ago, Katta might learn from Shobu about the past and even deal with the new generation Duel Masters. I wasn't good at translating the episode titles so mind if you help me with that. Plus Duema Boy Daiki make a cameo with Noel as new Duel Masters hosts Vanessachow.jiaying (talk) 10:43, June 18, 2017 (UTC)
Since duel masters 2017's events are based on star cross, It's very unlikely that it's actually Xanadu because Xanadu is dead in the manga and is basically replaced with an alien creature working for Adam. So no it's not her.--"This is the end." "Ugh...Really?" 11:07, June 18, 2017 (UTC)
Now I'm got some curiosity of the Dragon Drawing, might likely be a Master Card for the final set. Seeing that it almost gone berserk upon its creation, I can imagine that Joe will take risky memasures to make it return to him if it becomes berserk as an actual artificially made creature like what Shobu and Katta does; facing it head on without protection. Plus I guess that Shobu and Katta might intefere in some way; Katta might return to Earth with Katsudon to deal with the situation as this might upset the balance of the creature world due to revival of dragons, Shobu finding out the true identity of Kira's mother, comparing her to Master as she uses Kira like how Master uses Hakuoh for his own revenge plans. Vanessachow.jiaying (talk) 09:42, June 25, 2017 (UTC)

The latest episodes proves that Joe might eventually have the mark of all 5 civilizations, though I can guess that the role of the Duel Master in Joe's generation involves using all 5 civilization. The Zero seems to be the main antagonist, with Plan DG being a key role. Now I felt that Katta and Shobu might interfere in this situation, considering that the actions made by Kira's mother's twisted sense of justice might result in a wold collapse, like what the 2 had experienced in their prime. I can imagine Katta scolding Kira for causing the imbalance in the creature world due to his somewhat messed up sense of justice, including misuse of the power of creature spirits, if Katta really got into light of the situation. Vanessachow.jiaying (talk) 14:26, August 27, 2017 (UTC)

I just got the full set of Star Cross from Amazon. I'm not sure if I can edit the events related to the manga since they had some important points in the anime. My Japanese is still not good enough but I was able to understand the story circumstances. Also I can understand most of the differences from the wiki and the manga itself, one which involves Adam's motivations, Shobu's awakening and the aftermath of the battle, which also involves Hakuoh and Kokujou's bonus chapter in Volume 9. Vanessachow.jiaying (talk) 14:42, August 9, 2017 (UTC)

Sorry for the notice but I was unable to add in details as both of us type information at the same time and I ended up typing in again twice. Mind if I can add the info first Vanessachow.jiaying (talk) 14:19, February 19, 2018 (UTC)

Are you some sort of brain dead mate? For fucks sake, the point of reinforce is to make the deck better, not to replace it you dumb fuck!

Your supposed to keep the deck in asmuch as one piece as possible, not change it into another deck, Vesper and Mustin are very strong in that deck since all cards are above 12000

That wasnt my deck building tho, it was http://deneblog.jp/blog-entry-9062.html a tourney winning deck ya know?

Hmm its not like the wiki's purpose is to provide a means of information for users to use and learn from, must have missed the point stating that only rex approved meta can be posted. "UwU Rex-Kun why you do this even though you know your wrong??>__<!!!!" said it in weeb incase you dont understand english Yours everloving エニグマ。 フィーンド 10:19, July 14, 2018 (UTC)

Ah yes, what a great conondrum, Enigma had a valid point in making the deck tables in numerical order so something must be done. "WHAT CAN I DO WHAT CAN I DO" thought the grinc............ i mean rex, to himself. "Ah thats it" he exclaimed snapping his green long fingers. "Ill say that my opinion is more valid than a method used worldwide and more ergomatic in most senses, surely numeric order doesnt matter when i must show enigma is wrong!" He say in a thin squeaky voice jumping up and down, blissfully unaware to the irony of his statement. By エニグマ。 フィーンド 17:14, August 2, 2018 (UTC)

Retrieved from "https://duelmasters.fandom.com/wiki/User_talk:Rex700?oldid=353410"
Community content is available under CC-BY-SA unless otherwise noted.