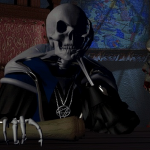 Hi, welcome to Duel Masters Wiki! Thanks for your edit to the Toys and Merchandise page.

Its so...weird though. Can't find any real trace of info on it. Even some of the other sets get grainy pics.

Oh, and wanted to add something about the Italian/german cards you wanted to add. Really just deal with English/Japanese on this wiki.~ Yami Michael 11:00, April 9, 2016 (UTC)

So I shouldn't add promos that aren't in English, even though there are no English equivalent of them? It seems like a pity to have no mention of them. Haiken (talk) 11:34, April 9, 2016 (UTC)

Thanks for the fix on Toys and merchandise page for the Burger King kid's meal.Sorry i couldn't find any better pics.

I made the original pages of manga, comics, books, anime, video games, board games, toys and merchandise also with other card images for english library. But making those pages was not an easy part and i got helped a lot from Yami Michael admin.I am glad that finaly someone is helping out complete the info.

Also i agree on this point that if the german promo cards differ from english ones then they should be added onto the wiki. There is also Korean Duel Masters called Duel Legend. But they had the same promo and normal cards as the original Duel Masters, so it was decided not to mention them since they are discontinued now. but your ones sounds legit. Saad safa 14:50, April 11, 2016 (UTC)

Glad to be of assistance. :) The pages you have created have been of great aid to me when collecting Duel Masters related items. I'll see if I can't upload some pictures of the Burger King toys later. (I'm not too good when it comes to taking pictures; hopefully they will be sufficient.)

I'm glad that you share my view that the unique non-English promos should be mentioned. I was thinking I could add a page titled "Non-English TCG Promos" or something in that direction, once I upload the promos in question. It won't be a very large page though, as I only know about four such promos as of now. Haiken (talk) 15:45, April 11, 2016 (UTC)

I should clear a few little things.

Thank you for sage advice regarding taking pictures. I've uploaded the Burger King toys now, and I'll upload the foreign promos later so that you can decide if their pictures should be included on this wikia. Haiken (talk) 17:13, April 12, 2016 (UTC)

I see why you would think I meant one picture of every tazo; with the way I wrote the entry in my to do list. But I'm not paying much attention to how I write in it. I just use it as a personal reminder and to jot down things that I can do. Haiken (talk) 18:54, April 26, 2016 (UTC)

Retrieved from "https://duelmasters.fandom.com/wiki/User_talk:Haiken?oldid=259255"
Community content is available under CC-BY-SA unless otherwise noted.