They were created by the plans of Gyuujinmaru, Legendary Identity.

They are named after Deadzone, S-Rank Zombie. 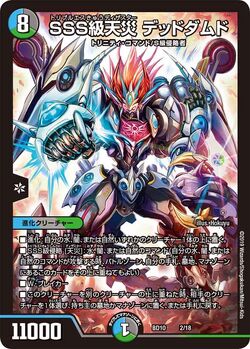 Retrieved from "https://duelmasters.fandom.com/wiki/Trinity_Command?oldid=358965"
Community content is available under CC-BY-SA unless otherwise noted.