Samurai is a race of creature that is shared between all 5 civilizations.

The Samurai race has DMC packs that are dedicated to them, such as DMC-45 Battle of Yamato Soul, DMC-56 The Samurai Legend and DMC-59 Samurai Ambitious.

This race is also notable for being the only race on the Cross Gear card type.

They are the arch-enemies of the Knight race.

In the Duel Masters anime, they are mainly used by Shobu Kirifuda.

Creatures that evolve from Samurai 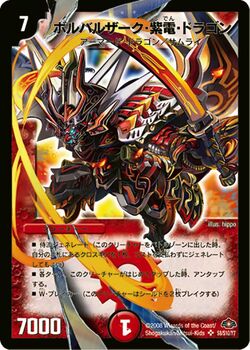