They have D2— in their card names, with — being a capital letter than represents the Initials fraction. 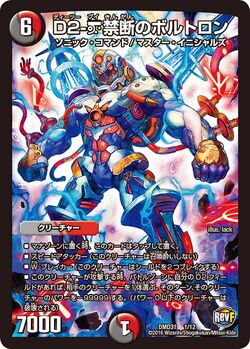 Retrieved from "https://duelmasters.fandom.com/wiki/Master_Initials?oldid=371509"
Community content is available under CC-BY-SA unless otherwise noted.