Magic Tool is a race of creature in the Darkness Civilization, and as a subtype in the Water Civilization.

Cards with this race feature a Full Frame artwork, as well as a runic circle within the text box.

Each of the creatures feature (Darma) in their card name as a suffix.

Each spell with this race as a subtype feature (Daspel) in their name as a suffix.

All of the cards also feature a prefix in their name, based on their cost.

They are associated with 卍 De Szark 卍, and support the Gate of Moonless Night ability.

It is a Special Race that is always paired with the Mafi Gang race on Darkness Civilization cards.

They are connected to the Gate of Moonless Night abilities. 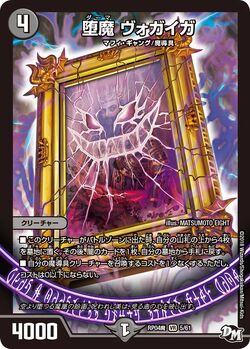