Magic Command is a race of Command creature in the Water Civilization and Darkness Civilization.

They appear as robots designed after gambling equipment, such as roulette tables. Later on, some also have the Great Mecha King race.

They often have luck-based effects. 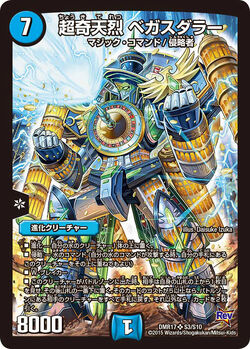