Initials X is a race of Initials creature in the Darkness and Fire civilizations.

These Greek letters and appropriate katakana were formally used for the Survivor race, but without the Forbidden Characters.

Initials X are affected by all cards that affect Initials, but currently there are no cards or evolution creatures that specify Initials X. 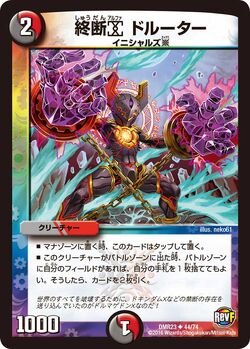 Retrieved from "https://duelmasters.fandom.com/wiki/Initials_X?oldid=371482"
Community content is available under CC-BY-SA unless otherwise noted.