It focuses on replenishing the hand and ramping up to 10 mana as fast as possible in order to cast Gouhaten Tsukumogatari for a lockdown or extra win. Due to the card and its finishers usually being Power 12000 or more creatures, numerous strategies can be incorporated in it, such as Shinobis and even Gale Vesper support. If left unchecked, this deck like All Delete can easily cause defeat to your opponent with a single spell, making it very dangerous for defensive decks such as Heaven's Gate as stalling is impossible. Due to the key creatures being stored in mana zone and the player's creatures that are manually summoned into the battle zone are usually disposable, removing the creatures involved is usually pointless, making it especially potent against board removal control.

However, it shares the weakness of the aforementioned All Delete Dokindam decks and Gale Vesper decks and to a lesser extent, Doguraeater. While traditional metagame for no cost trample meta such as Oriotis, Control Wings and Onikamas, Strange Flow do not affect it due to the spell ignoring all effects of creatures when they are put into the battle zone, Yadoc, Beast Army and Senno, Brainwash quickly become a threat for those who were unable to remove it quickly as they do not allow any creatures to be put into the battle zone. Additionally due to the high cost of Gouhaten Tsukumogatari, spell meta such as Sido, Time 3 and Taslic, Strange Stone can cripple the deck. If DG ~Time of Judgment~ is used, it becomes incredibly lethal to this deck due to being unable to boost. As it relies on the contents on the mana zone to win, it is incredibly weak against Mana Burn.

Furthermore, depending on decktype it can be susceptible to the opponent's creatures just like Doguraeater, usually the ones that prevent defeat like Diehard Ryusei of Invincibility as it draws the opponent's creatures from his mana zone into the battle zone. If the focus is on lockdown finishers or Shakogairu, Water Academy No. 9, this becomes less of an issue.

Interestingly, due to sharing a concept with All Delete Dokindam, the two strategies can be connected and formed into a single deck using the help of Dolzwei Astelio. 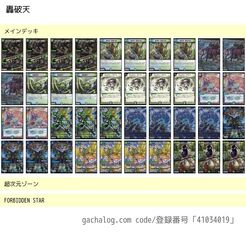 A version of the deck using Shakogairu, Water Academy No. 9 as a finisher 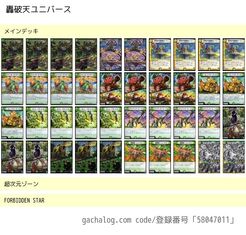 Using The End of Universe, Infinite Galaxy as finisher 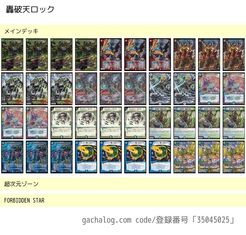 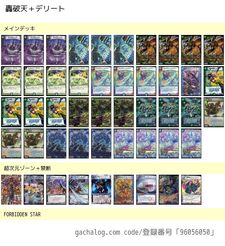 Retrieved from "https://duelmasters.fandom.com/wiki/Gouhaten_Tsukumogatari?oldid=411300"
Community content is available under CC-BY-SA unless otherwise noted.