It was invented at the end of Revolution Final after Jack, Bei B's appearance and dominated the DMRP-01 Metagame despite Goemonkey's restriction. After the July 2017 Hall of Fame restrictions, it still persists with a new and more consistent finishing method but is considerably weaker.

It focuses on using a loop between Jack, Bei B, Sanmadd, S-Rank Tribe and Aragoto Musubi to infinitely summon creatures then winning either via Singing Maid Lin Lullaby or Grateful Life, the Earth Breaker's deck out, or the extra win of Jolly the Johnny Joe or Shakogairu, Water Academy No. 9. The deckout variants are easily affected by opposing cards such as Forever Princess, Eternal Ruler while Maid Lin puts the player in the risk of decking himself out as well as being extremely tedious to play, while Extra win variants are more direct but once the win condition is put into the mana zone, it must not be tapped for mana or the player can't finish the loop due to civilization accident.

As of recently, the most common finishing method for Goemonkey Loop is Shakogairu, Water Academy No. 9 as it is unaffected by Forever Princess unlike Grateful Life, unaffected by Perfect Madonna unlike Jolly the Johnny Joe, and is easy to loop unlike Maid Lin.

It can loop as fast as in turn 4 and is nearly impossible to counteract by slower decks such as ramps. Therefore, it is one of the most dangerous and punishing match-ups for non-rush and non-discard-heavy decks. However, without Hayabusamaru, Lightfang Ninja it is helpless against rush and is easily countered by multiple DG ~Time of Judgment~, common in Light Nature Metallica.

In decks like this the player does not need much defense, but a Hayabusamaru, Lightfang Ninja can be very convenient in stopping mass breaks such as Danganoh, Super Special Q and MaltNEXT, Super Battle Dragon Edge.

Due to the restriction of Sanmadd, S-Rank Tribe, Earth Ripper, Talon of Rage, Aragoto Musubi and Goemonkey! Snake-Handed Boss, the loop has became much more unstable as key cards can be in shields.

Compared to many high tier meta decks, it is very easy and affordable to build, but since it is a loop deck it needs practice and Hall of Fame restrictions tend to hit it hard.

Finally in March 1, 2018, Jack, Bei B got its inevitable direct ban, leaving this decktype defunct in the Hall of Fame Meta. 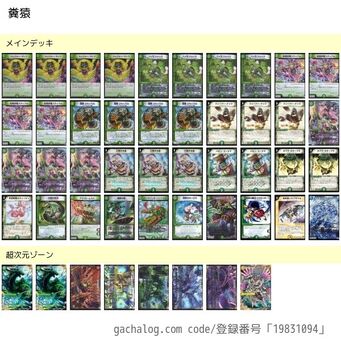 A Goemonkey Deck using Shakogairu, Water Academy No. 9 as a finisher. This is one of the most common builds that appeared since September 16, 2017.
Add a photo to this gallery
Retrieved from "https://duelmasters.fandom.com/wiki/Goemonkey_Loop?oldid=457644"
Community content is available under CC-BY-SA unless otherwise noted.