Gaia Command is a race of Command creature in the Nature Civilization.

Most of them have "Earth" in their name.

Other Gaia Command races include; 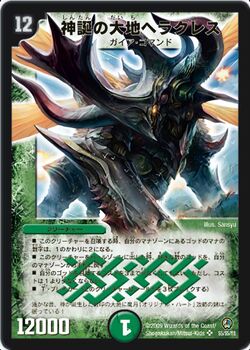