Feathernoid is a race of creature in the Fire Civilization.

It is a race composed of winged creatures.

Creatures that evolve from Feathernoids 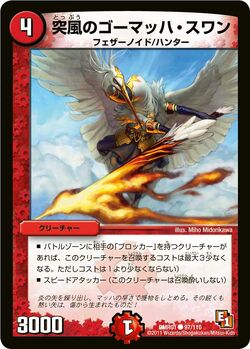 Retrieved from "https://duelmasters.fandom.com/wiki/Feathernoid?oldid=351697"
Community content is available under CC-BY-SA unless otherwise noted.