The cards in the Trading Card Game have a New Frame and the anime and manga series are named after the franchise's original launch name. It's commonly known as the Duel Masters Arc in Joe's journey.

There will also be new cards introduced that do not belong to any other civilization, called the Jokers.

It marks the 15th anniversary of the Duel Masters franchise and serves as a refresher point and the beginning of a journey of a new generation duelist, Joe Kirifuda.

Unlike the gag-oriented VS, VSR and VSRF series, the Duel Masters 2017 story retains a slightly darker tone with serious scenes remaining completely serious and warnings of forecoming dastardly events at the end of each episode. In Joe's dueling era, a special system in the Duel Masters Club building was used to produce holographic images of the creatures and spell effects, creating a virtual reality in duels. A special mobile duel table was used to display the battle through a central digital screen. It was a stark contrast of Shobu and Katta's dueling era, in which the duel field was shown through a tablet after a duel table scan or creatures materializing themselves in certain duels. The system is invented by Shacho's father, which is the reason why he got rich.

The first arc of Joe's story saga was based by the first block of the third generation, Duel Masters. Following the new timeline in the block, dragons no longer exists in this era of dueling. Additionally, in this seemingly peaceful era, a new danger relating to the Duel Master was lurking within the shadows, which might lead to the destruction of the balance in the creature world, repeating the tragedy that occurred in the past generations. 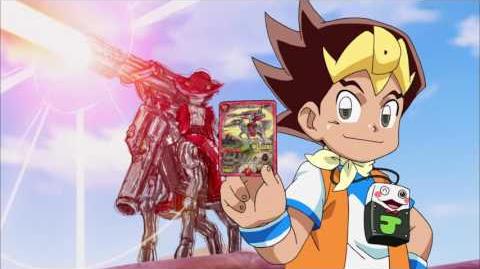