Duel Masters: Cobalt brings card-collecting action to the PlayStation 2. Based on the Duel Masters card game, Cobalt features more than 100 creatures that you can control in combat.

Each creature has its own special abilities, which are detailed on each card. Build your own decks to complement your battle strategies. Save your decks to your memory card, and then take them to your friend's house for multiplayer duels.

This is your chance to find out who the best duelist really is.

Fans looking for the ultimate Kaijudo battles will embrace the stunning 3-D graphics offered by the new self-titled game Duel Masters. Marking the franchise's first-ever appearance on PlayStation 2 and developed by industry veterans High Voltage Software, Inc., Duel Masters brings the Duel Masters universe to life with incredible 3D graphics. Players are invited play solo or battle against a friend in this challenging new adventure that also allows them to discover the powers of five never-before-seen creatures. Duel Masters allows gamers to duel in real-time and turn-based modes, collect, trade, and build decks, duel in the new multiplayer mode, and test their skills against the enhanced computer AI.

How to Unlock Characters

This Feature let's you view creatures from cards you have collected by pressing L2 for card details. You can control the camera with the analog sticks to zoom in and out, and around the creature. You can also view a menu of battle animations, "Low Attack A and Z", "High Attack" and "Defeat" and watch them.

This will roll the credits after each story campaign quickly.

D-Max is an exclusive Duel Masters Club. This feature tells you to fill out the application found in every 2-player starter set, so you can become a member and start getting prizes.

Flynn
Add a photo to this gallery

Vivian Widow
Add a photo to this gallery

These Story Mode characters should all be constant, meaning they should be there to duel as many times as you want no matter which character's campaign you're playing, as long at their area is unlocked in your character's game.

These are the locations within the game. Five of them are Civilization specific, the others are neutral. The Civilization zones are the clan hideouts for duelists of a specific civilization, they are also where you encounter the Monk of that Civilization, giving you the quest for the 9 missing creature pieces.

The Main characters (from left to right): Trey, Luc, Rusty, Rebecca, and Flynn

In the game's story, each of these creatures are of a type known as "Signature Creatures", and each creature (as a card) is separated into nine pieces and it's up to the protagonist associated with the creature's Civilization (i.e. Rusty - Bad Axe Norsykler, Trey - Gor Primal Hunter, etc.) to collect them all and put them back together.

The following cards are only found in this video game: 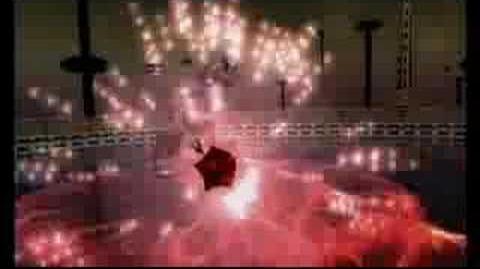 Retrieved from "https://duelmasters.fandom.com/wiki/Duel_Masters:_Cobalt?oldid=266875"
Community content is available under CC-BY-SA unless otherwise noted.