Birth of the Super Dragon is a game in the Duel Masters Console Games series.

Birth of the Super Dragon is a tactical card game compared to previous Duel Masters games, which featured completely new characters and focused heavily on the creature's graphics. This game mostly concentrates on the card-game itself with new decks and strategies, as well as new and powerful identifiable creatures for die-hard fans of the TCG.

As compare to its previous console game sequels this game offers many of its original anime and manga characters.

The game also shows off 5 special character appearances from the world of Duel Masters: 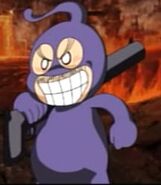 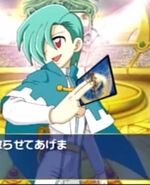 The soundtrack has been composed by Motoi Sakuraba.

Front and Back Cover Art

Retrieved from "https://duelmasters.fandom.com/wiki/Duel_Masters:_Birth_of_the_Super_Dragon?oldid=254836"
Community content is available under CC-BY-SA unless otherwise noted.