In Dragon Saga, stronger creatures tend to have a demonic-looking head acting as a body.

In Revolution, stronger creatures only have 1 eye.

In Revolution Final, they have flower-like appendages on their bodies or are modeled after carnivorous plants.

In Revolution (block) they are teamed up with Revolutionaries and are supported by Dark Knightmares.

In Revolution Final, they are teamed up with Team Acme and are once again supported by Funky Knightmares. Later on they are also the only Initials Dragons. 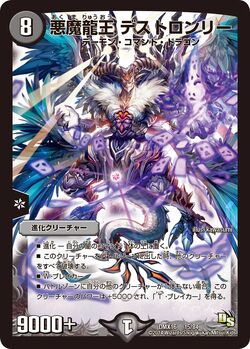