This set introduces the following races;

Each of the following races has an associated ability and is used by a character in the Duel Masters King anime series.

This set introduces the following keywords;

Vanilla Creatures
(A cycle of creatures that have no abilities [and Quasi-vanilla].)

Common Shield Trigger Creatures
(A cycle of creatures that have the ​

Re Cues, Seeker of First Aid 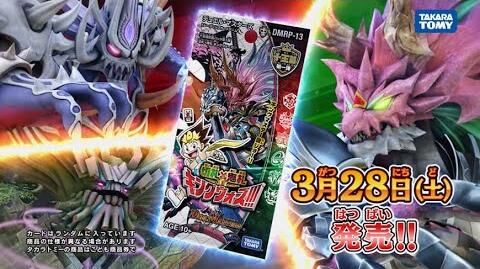 The Rise of Kings