The God Kingdom is the 57th DMC pack in the OCG.

It was released alongside The Samurai Legend as part of the Super Deck Saga series.

It is focused on the God Link keyword of Aku, Ultimate God and Zen, Transcendent God. 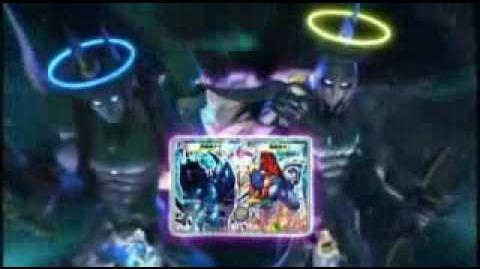 You went through such hardship and struggle to reach to this peace.
Wipe out all the evil with omnipotent light!
Do not hesitate! Do not be afraid!
You are the genesis of the gods. You are eternal...