Chronicle Legacy Deck: Alcadeias Requiem is the 1st DMBD set in the OCG.

This deck is based on the "King Queen Lock" which forbids the existence of all monocolored creatures, as well as the Five Color Faerie Miracle deck type.

Unlike the past Masters Chronicle Decks, cards in the Chronicle Legacy Deck series of Theme Decks are printed in the New Frame.

DMBD-01 and DMBD-02 both include a cloth playmat featuring an illustration of the flagship creature of the deck.

Like previous Chronicle decks, this deck doesn't feature the Block icon for the block they were released.

The strategy involves using Faerie Miracle and Ruins of the Lion King to ramp up mana and then ramping up to 9 mana to send out Alcaclown, Heavenly Crime Fallen General which will form a lock with King Alcadeias, Dark Gaia and Queen Alcadeias, Dark Gaia with some luck. However, this needs luck and thus Wild Safari Channel, D of Great Revolution is recommended to allow reliable summoning of King and Queen in 1 turn.

Additionally, it is recommended that the player get 2 extra The=Deadbrachio, World Evil Dragonkinds if he can afford it, and Judgment of Confusing Flame and Entrancing Water should be removed and replaced with Team Hamukatsu's Explosion Go! which can deal with a wide variety of threats. Due to the huge amounts of multicolored cards, Demon Wolf, Betrayal Moonlight Castle can be used to destroy the opponent's fore-planning. In order to make full use of Kernel and The=Deadbrachio, Puchohenza, Mia Moja can be used to stop rushes and remove the difficult to counter and often lethal Onikamas, Strange Flow.

The new cards of this deck are centered around a playing card theme: 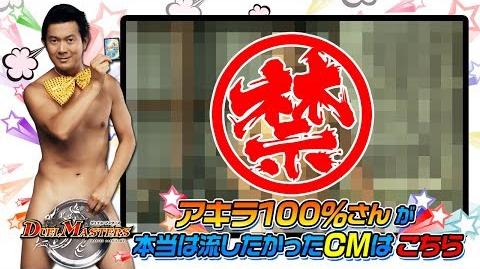