Cyber Command is a race of Cyber and Command creature in the Water Civilization.

The naming scheme of the majority of non-evolution Cyber Commands is "Cyber", followed by a letter, and then a word. This includes;

Most of the Cyber Command creatures feature the Double breaker ability as well as abilities specialized for specific playstyles.

Their evolution mechanic allows them to be evolved from other creature races with "Cyber" such as Cyber Lord, Cyber Moon and Cyber Virus. 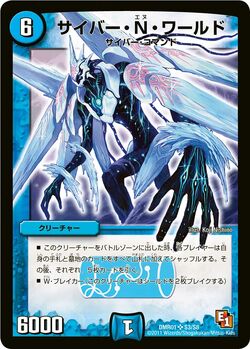