They feature 2-letters as part of their name, based on a fictional element.

Many of these Crystal Command Dragons have initials that are based on a card ability or card.

Creatures of the dragon pulse technique alignment are named after Mahjong winning hands.

Crystal Command Dragons were born when the Liquid People Sen studied the Dragment Symbols. Their race name originates from the fact that their bodies are made of crystals.

In Revolution Final, they are teamed up with Team Tech. 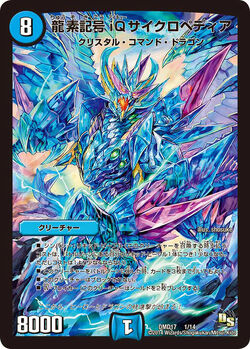