In order to play Duel Masters, you construct a deck consisting of 40 cards to battle against your opponent (In the English game, the deck is only a minimum of 40 cards).

Cards are split into multiple different card types, designated by their Card Frame.

Each card features some of the following elements;

The card frame design was changed with the Episode 1 block, featuring civilization-colored mana costs and mana numbers on the bottom of the card. The text box of each card had its area increased, as well as a clearer designation of the set (as well as a block icon) the card is from, rather than only a set symbol. 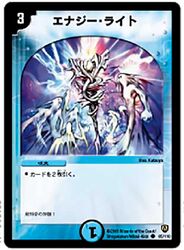 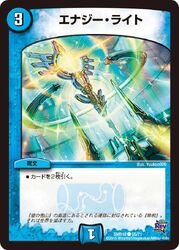 List of cards that remove cards from the battle zone

Each of the cards that can remove a card in the battle zone is treated differently than regular removal categories that can destroy creatures or break shields. The way they work differs based on the target they choose.

Shields affected by Shield Plus