Beat Jockey is a race of creature in the Fire Civilization.

There are 3 factions in the Beat Jockey race. This includes;

The Tanks resemble large tanks or robots driven and empowered by mice.

Mice have "Churis" after their names and resemble anthropomorphic mice.

They are a warrior fraction that is close to the Ancient Fire Civilization and in it the strongest Apemen formed a group known as the B.A.D. (Bad Action Dynamite). 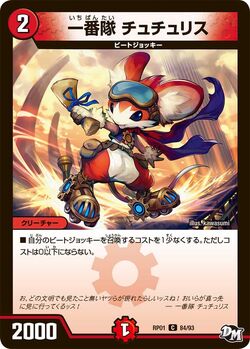