Beast Folk Go is a race of creature in the Nature Civilization.

They appear to be shamans wearing masks. Their main weapon is the tool of magic. But they seem to lose their magic when their true face is seen.

Unlike the original Beast Folk race, humanoid creatures of this race, such as Marinyan, Dragon Edge exist.

Beast Folk Go are affected by all cards that affect Beast Folk, but currently, there are no cards or evolution creatures that specify Beast Folk Go. 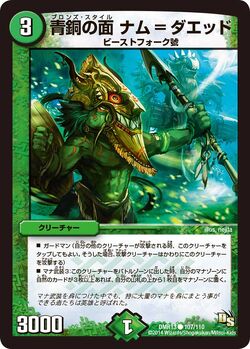