It was performed by 祭nine (MATSURI NINE).

Joe Kirifuda uses the canvas to draw while all of his creatures were in their own antics. The commotion they created became unbearable to the point that Joe attempts to use Deckie to turn them back into cards. This eventually resulted in his mother Lulu Takigawa to check on Joe. 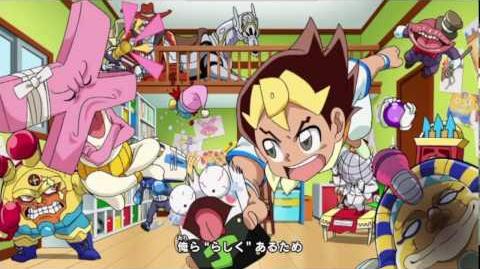 Duel Masters 2017 ED 1
Add a photo to this gallery

Retrieved from "https://duelmasters.fandom.com/wiki/BE%E2%98%86THE_WIND?oldid=319304"
Community content is available under CC-BY-SA unless otherwise noted.