Awakened is a Name Category of Psychic Creatures.

They were first introduced with the advent of Psychic Creatures in DM-36. Each Psychic Creature released during that Psychic Shock block of card sets featured "Awakened" in its card name.

However, until the release of Words from Beyond in DM-39 Psychic Splash they featured no support and were not a category.

Later Psychic Creatures are not considered to be an "Awakened" creature if they do not include the 覚醒者 (Kakusei-sha) in their card name.

Cards that support the Awakened category 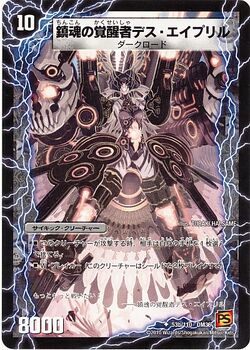 Support
Words from Beyond